There are a few images of the replicated Coalcliff house living room and some drawings and film stills from the exhibition on my blog
the deletions. All the best from Pam 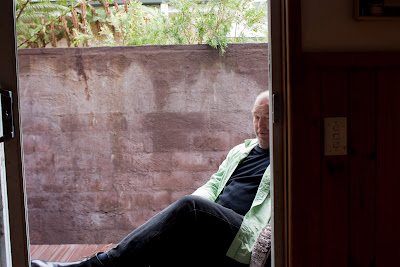 Kurt at home, day of the launch

Posted by Schmiko at 3:51 AM No comments: 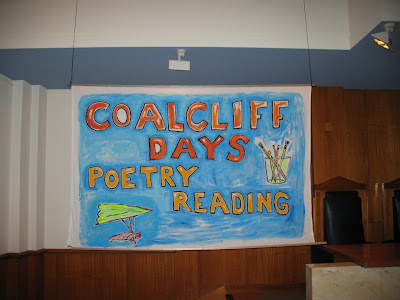 Here are some of my shots from Friday night’s reading to add to Denis’s Saturday images and Pam’s link. 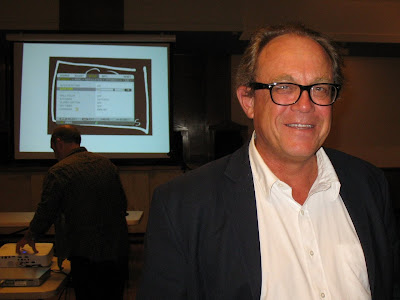 Nicholas Pounder, who opened the show 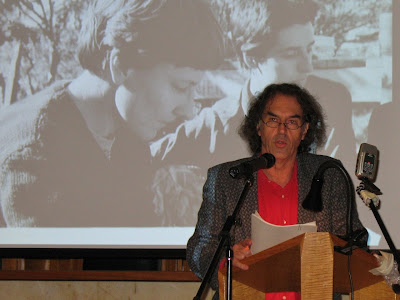 Tom Thompson, with Pam Brown and Sal Brereton in background 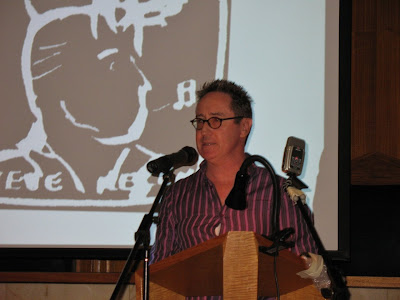 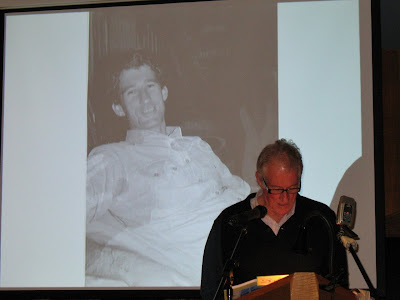 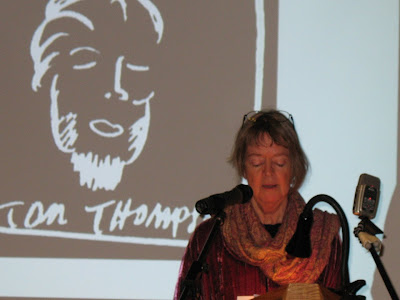 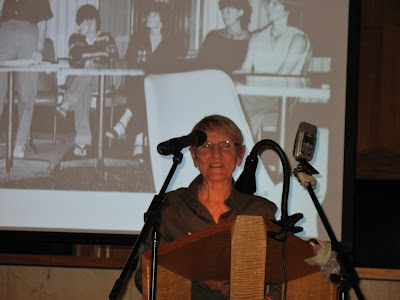 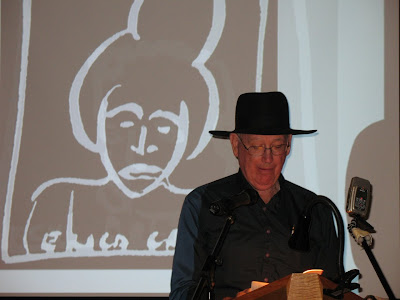 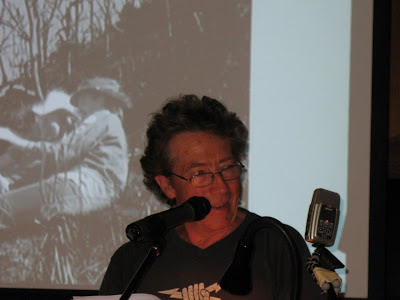 Ken Bolton
Posted by Laurie Duggan at 3:45 AM 2 comments: 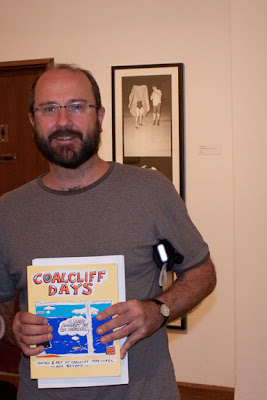 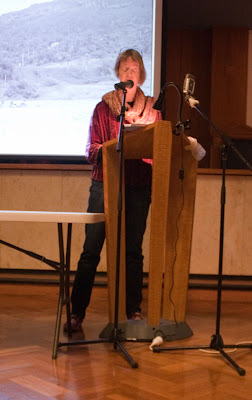 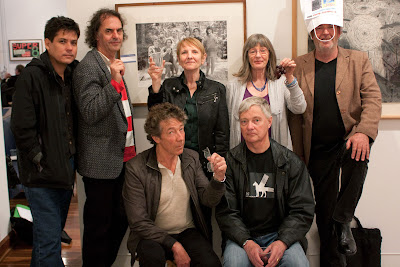 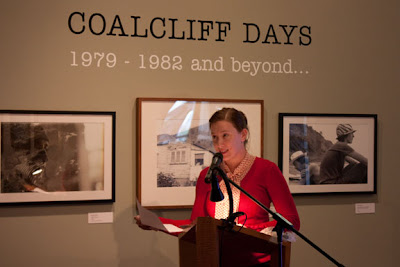 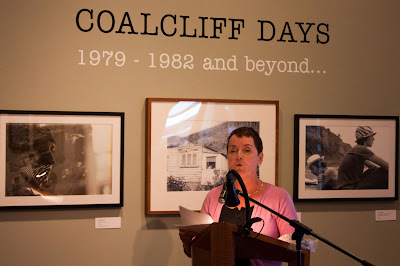 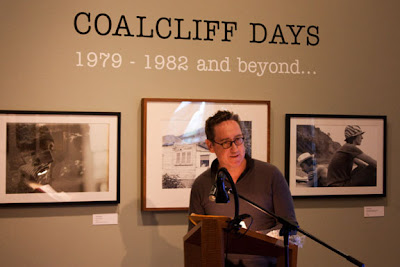 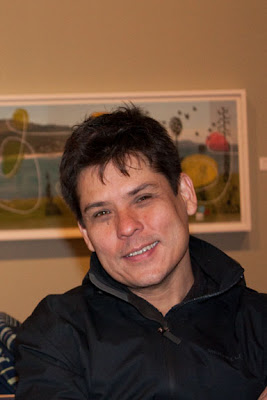 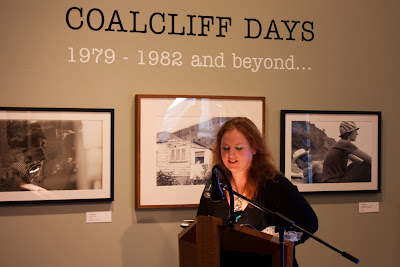 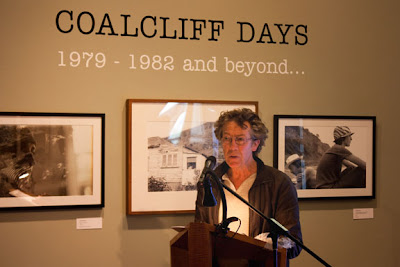 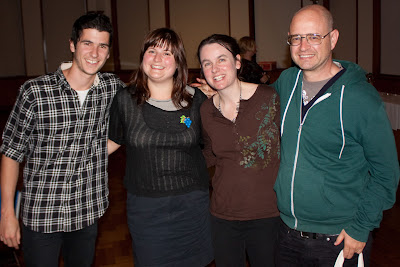 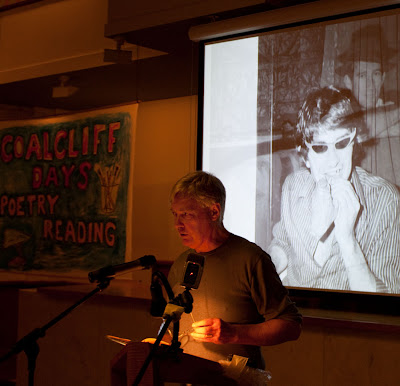 Laurie Duggan, Denis Gallagher [on screen above],
John Jenkins [on screen below] 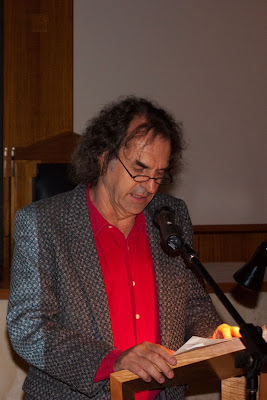 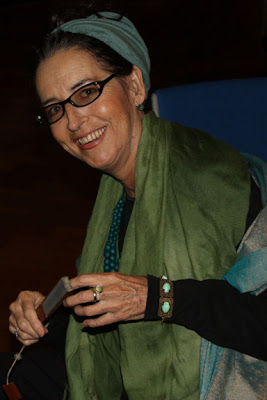 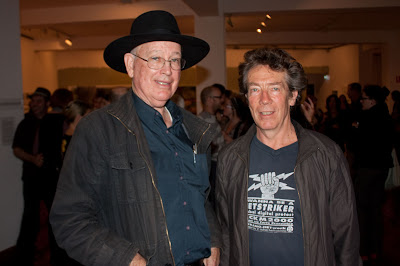 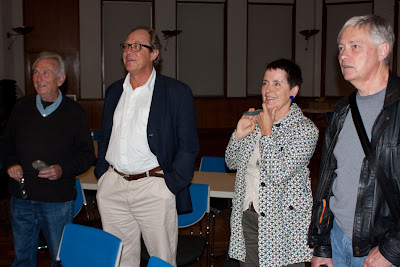 Posted by Schmiko at 5:43 AM No comments:

I only took a few quietish photos at last Saturday's Coalcliff Days reading. Click here to see them. Very best from Pam Brown 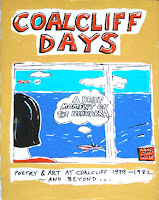 We have now published e-book versions of the three Coalcliff Days books (Jellied Tongue Press). Just go to www.lulu.com and type in authors in the search box to find the books. It is easy to download them as PDF files.
Posted by Rose Madder at 8:54 PM No comments:

Both poetry readings (Friday night/Saturday arvo) attracted a good crowd too. The three books were launched by Nick Pounder and the last few over run copies were sold on the night.

Media interviews for The Illawarra Mercury, ABC Radio and WINTV News were conducted with Ken Bolton and Kurt Brereton.

Video and audio recordings were made of the opening night and readings. Stay turned for a little feature story on ABC Radio National Poetica with a bit of luck and follow through.

The show runs until May 22. Copies of the 3 new books are included as part of the exhibition.

Kurt Brereton and Pam Brown will be doing an exhibition floor talk at the gallery on May 4 at 12 noon. FREE

Thanks everyone for supporting this rare historic meeting of the arts 'n minds.

Go to the Coalcliff Days website for photos of the exhibition at www.coalcliffdays.com
Posted by Rose Madder at 8:48 PM No comments: